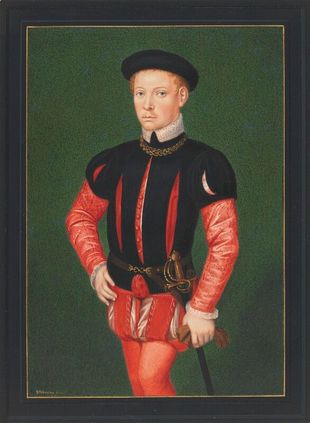 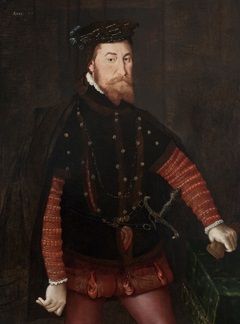 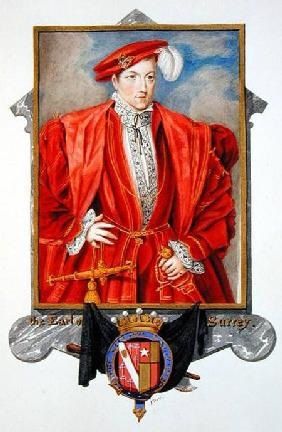 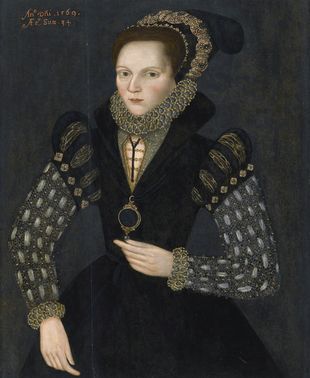 Portrait of a Lady Aged 34, 1569, Circle of Master of the Countess of Warwick 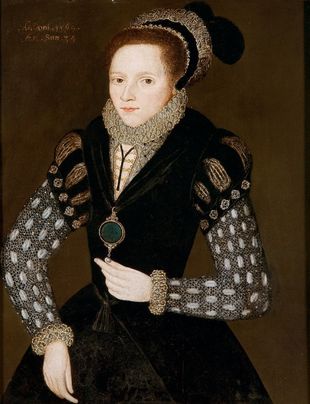 Called Portrait of Henry Howard (c.1517-47) Earl of Surrey from 'Memoirs of the Court of Queen Elizabeth' by Sarah Countess of Essex (d.1838)

Portrait of a Lady Aged 34

Circle of Master of the Countess of Warwick

Portrait of an Unidentified Lady Aged 34 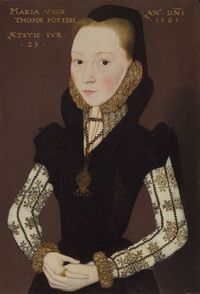 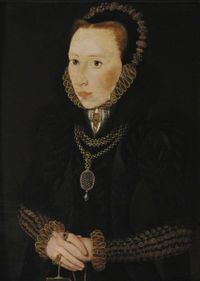 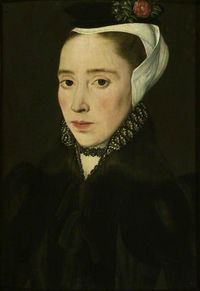 Portrait of a Lady British School, c.1555 – The Ashmolean Museum of Art and Archaeology 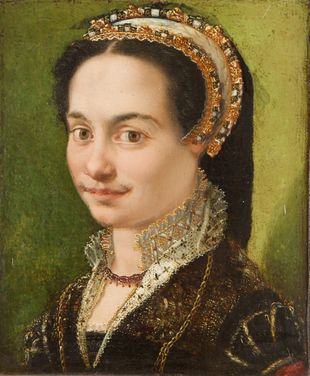 Head of a Young Girl, Circle of Francois Clouet 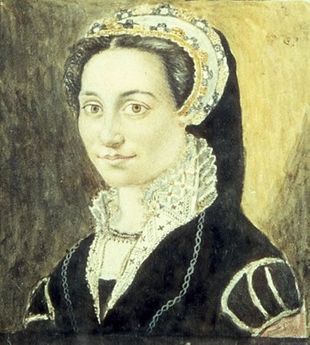 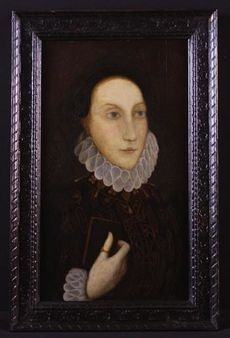 Francois Clouet was a French Renaissance miniaturist and painter particularly known for his detailed portraits of the French ruling family. His work was noted for the accuracy of drawing and the exquisite finish of details. His father Jean Clouet (1480-1541), was also a miniaturist and painter under the patronage of Francis I of France.

That is indeed a French hood, but the neckline is Italian

Description: Elizabeth Mure was the wife of Robert II, the first Stewart King.