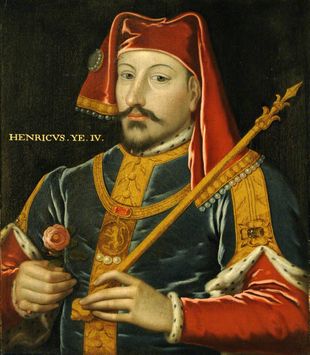 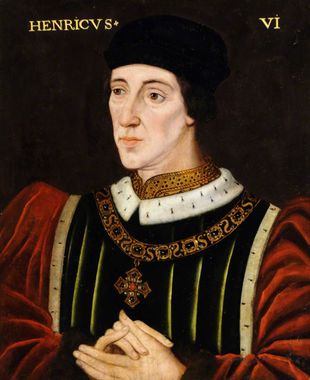 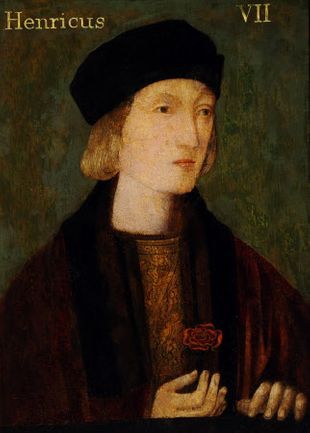 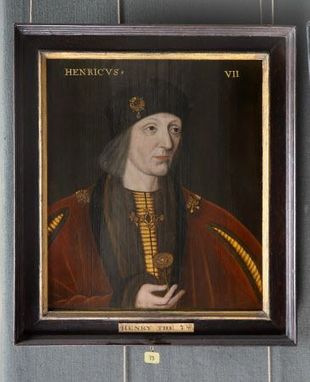 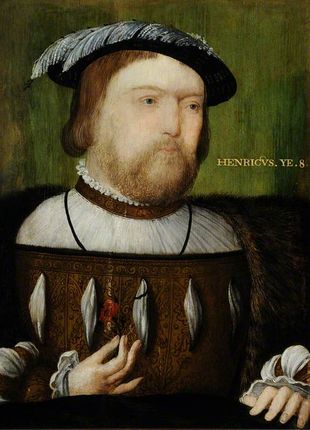 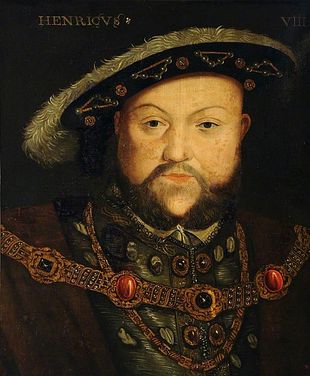 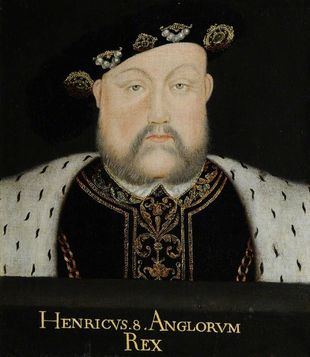 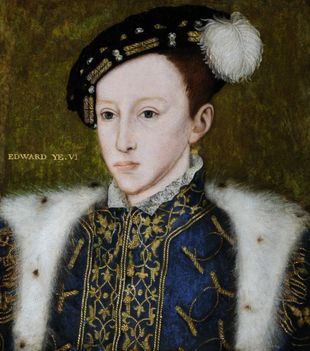 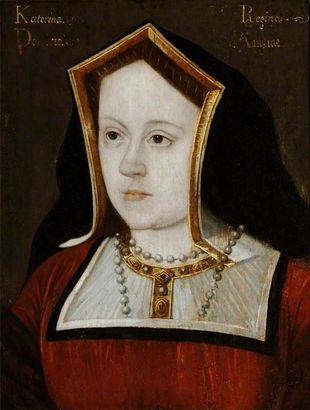 «Inscription: HENRICVS. YE.8. Portrait source: A version of a preHolbein portrait type.38 Other versions are at the NPG (1376 and 3638) and the Society of Antiquaries, London (LDSAL 333 and 334).» Portrait Sets in Tudor and Jacobean England – Two Volumes (Volume Two) by Catherine Daunt

«In the inventory, the series commenced with a portrait of Elizabeth I, after which the sitters were listed in chronological order. They included Edward II, Edward III, Richard II, Henry IV, Henry V, Henry VI, Edward IV, Richard III, Henry VII, Henry VIII, Edward VI, Mary I and ‘Quene Elizabethes picture in a less table’. The description of the second portrait of Elizabeth implies that the first portrait of the queen was a larger painting. This may have been the grand full-length painting still hanging in the gallery today, which has been dated to c.1598-99.

The Countess of Shrewsbury’s portrait collection was extensive and this group of royal portraits was part of a wider assemblage that also included portraits of foreign monarchs, bishops, politicians and courtiers and family members. Some of these portraits were also hanging in the gallery in 1601, including portraits of ‘Quene Anne’, ‘Phillip, King of Spayne’ and ‘Quene Katherin’ (probably Anne Boleyn, Philip II and Katherine of Aragon).» Portrait Sets in Tudor and Jacobean England – Two Volumes (Volume One) by Catherine Daunt

«As early as the 1540s, Cavendish owned portraits of Henry VII, Henry VIII and ‘Quene Anne’ as well as a painted cloth depicting Henry VIII, Henry VII, Edward IV and Richard III, which were then at Northaw, his home before he acquired Chatsworth, and it is likely that some were among the paintings at Hardwick in 1601. A note in a surviving account book reveals that pictures were transported from Chatsworth to the new hall on two separate occasions in 1598.» Portrait Sets in Tudor and Jacobean England – Two Volumes (Volume One) by Catherine Daunt

As far as I know, this is the earliest (possible) recorded portrait of Anne Boleyn after her fall from grace.

«Then in 1903, Cecil Foljambe, Lord Hawkesbury created a printed catalogue of the collection at Hardwick Hall. Foljambe counted "four curious paintings on panels, supposed to have come from the old Hall," though he did not record their content. Neither did he find any picture that could today be identified as a potential depiction of Jane Grey. Foljambe did, however, observe that a large number of portraits of royal sitters known to have hung at Hardwick Hall in 1601 were no longer present in 1903, including portraits of several kings ante-dating the Tudor period.» A Queen of a New Invention by J. Stephan Edwards, p. 185